Read the conversation below:

You shot this video completely remotely, can you tell us about that?

ADRIAN: Yeah, it was our first remote shoot, and to make it more complicated, we thought, “Okay, how about we do a single shot kind of video? Oh, and in one day. With a big artist.” But to be honest, it was the only way we thought it would work, it was all or nothing.

TANIA: We thought that you needed to see her performing, not just cutting through different angles like a classical music video narrative. We wanted to make it a little bit more emotional.

ADRIAN: When you have an artist that is going to be featured throughout the whole music video, you need to come up with a strong concept or something that can hold after the first three, four shots, and you’re not repeating yourself.

It feels incredibly well-timed and executed. How did you manage to communicate that with Selena and the rest of the crew?

ADRIAN: The first step in creating the journey was finding the location, because depending on the architecture of the house and the rooms, we had to come up with a different plan. It was almost like designing a 2D video game at times, with the stages. I have to say that we didn’t have a lot of time to rehearse. There was only one day of rehearsal…

TANIA: …one day before.

ADRIAN: And it wasn’t even a full day, because we were pre-lighting as well. What we did, funny enough, was all the actions and timings here in our home.

TANIA: I was playing Selena and Adrian on Steadicam. It was the only way to do it previously because we couldn’t hire a space or rehearse with a dancer due to the pandemic. 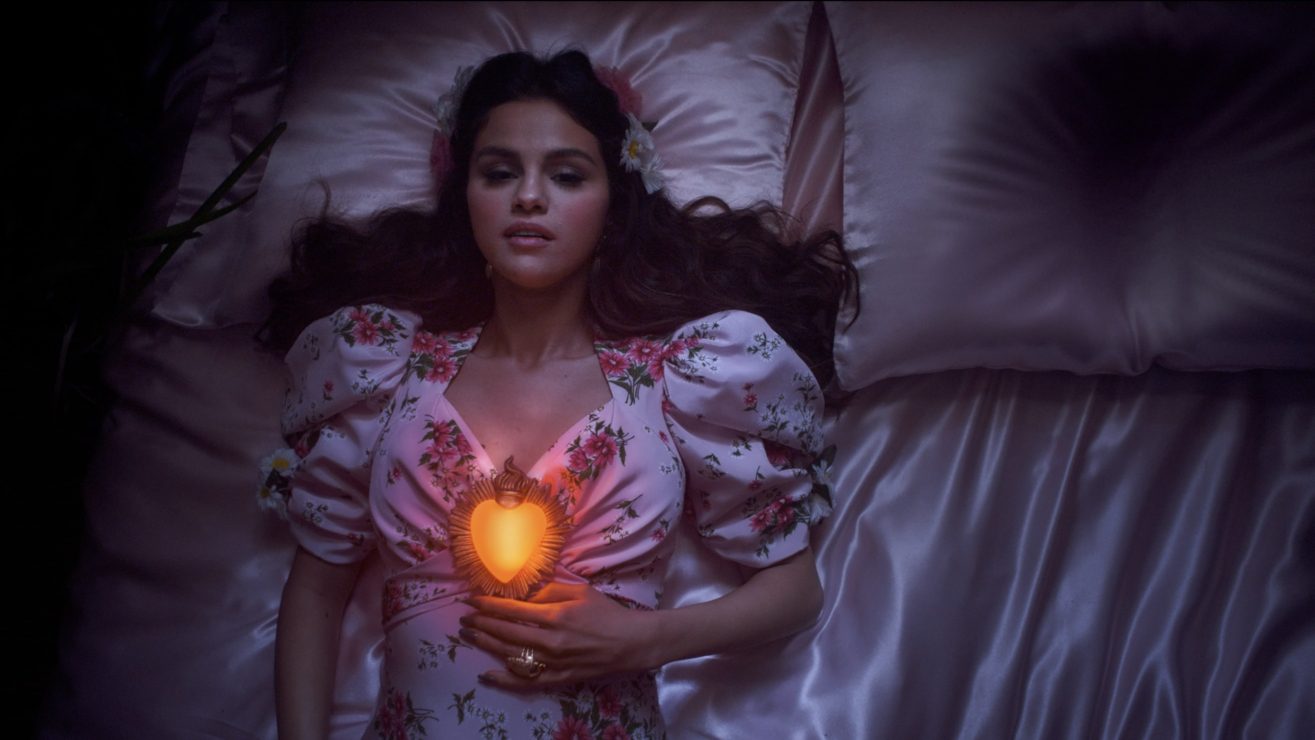 You didn’t have a choice on this one. But, on set, are you the kind of directors that like to be by a monitor or prefer to watch what’s going on in front of you?

TANIA: I think that Adrian likes to be next to the camera and I normally want to be closer to the actors. We say that we have our director’s apple box, because we don’t like to be sat in a chair, we prefer to be handy around and feel the energy of the set.

There are lots of creative ideas in this, it almost feels like traveling through an album or something. I was interested in how you come up with the ideas, and how you eventually land on the right ones for the track.

ADRIAN: You need to be connected to the track in a way that there’s some sort of emotion that creates images in your mind, or at least some sort of feeling like, “Okay, this is what I feel listening to the track,” so then it’s about how we can translate this.

In the very beginning, Tania and I do a brainstorming thing. We just throw ideas. It depends on the delivery time, but we love to rest on the ideas, put them all together, and then just wait for a few days, and then read everything again fresh.

TANIA: When we land the idea, we also work on the concept. Like, this is a song about this, but how is the music video going to tell this story, or enhance the idea for the artist? I also believe that the music video has to speak for itself, so if you turn off the music, can you understand the core idea with just the pictures?

A more general question, but tell us about being a directing-duo.

ADRIAN: She hates me, that’s the thing. No, well, we’re a couple, and I don’t know if that helps or that makes it more difficult! In the past, we had certain duties on set. Like Tania, she was always more with the talent, and I was more with the DP. But I think as time goes by, we both began to do everything.

In the very beginning, of course, it’s a bit challenging because there is this ego and you hear stories of directors arguing because one of them feels, “Okay, I’m right. You’re wrong”. But in the end, I think if you ask Tania something, she’s going to come up with pretty much the same answer as me. So I guess, what doesn’t kill you makes you stronger. We’ve been co-directing for 10 years, and so far, we’ve survived the co-directing process.

TANIA: It’s like a muscle, you have to trust in your partner. We like a lot of things in common but there is other stuff that we’re super different on. It’s a mutual collaboration always, always. Somebody has an idea and then the other one improves it. And I think that’s the way to work as a duo. There’s no ego.

ADRIAN: No ego? Come on. [chuckle]

It’s a mutual collaboration always, always. Somebody has an idea and then the other one improves it.

With a big artist like Selena, how conscious are you of her catalog of work? Is it something you’re thinking about or is it more about trusting what you are bringing?

TANIA: We are truthful to our idea, and that’s always what we do when we’re pitching a music video. Sometimes you succeed, sometimes, of course, you fail. But I think that you have to fight for what you think is the best for the track. If it’s good, the artist is going to say, “Yes, I like it”.

ADRIAN: I have to say, she gave us a lot of freedom. It wasn’t a case of exchanging emails every day. They were really keen on listening to us, like, “What’s in your mind? What do you think is gonna work?”. We don’t shoot a lot of music videos, but based on stories we hear from friends and other directors, it’s pretty rare that such a big artist gives you that kind of freedom.

Finally, what are you reading at the moment?

Tania goes off to find the book. Returns, and holds it up to the camera…

It’s called ‘Con Calma’. It’s tales about nature, and we’re also reading this for our little daughter. We are trying to educate her using comic books, and graphic novels. 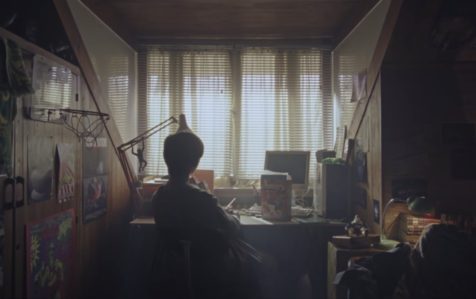 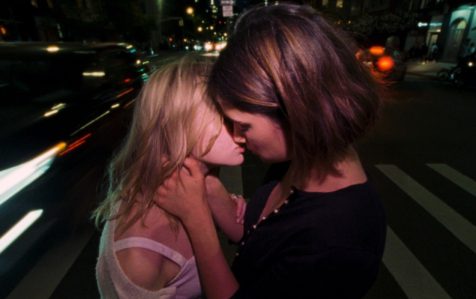 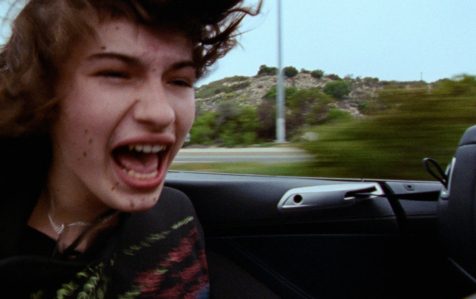 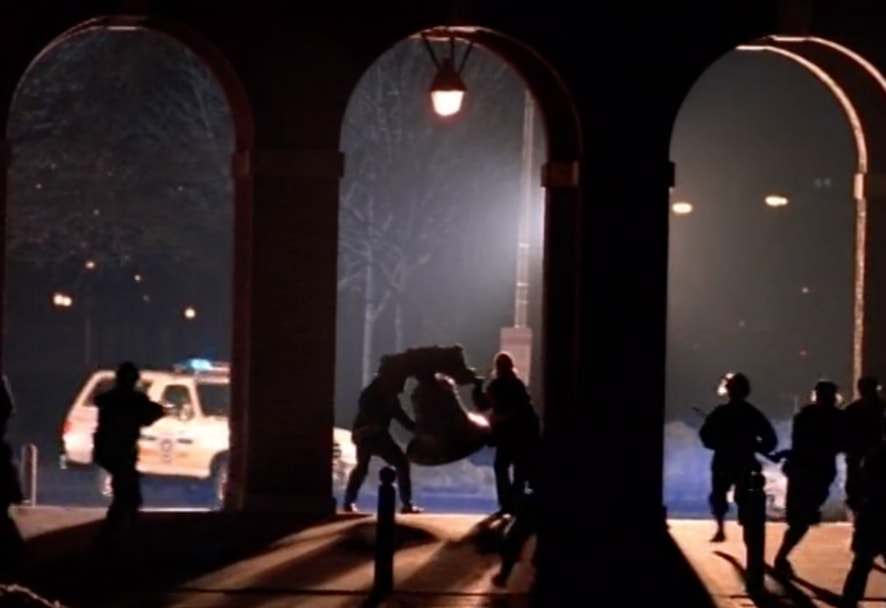 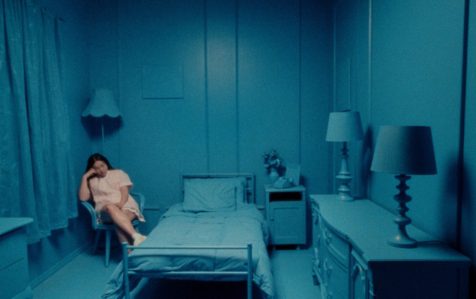