This film premiered on Directors Library on the 16th of January 2020.

“Kaya” is an outsider, even in her orphanage. She is unlike her obedient friends and is drawn to a clandestine group, the forbidden Alevi, and their meetings occurring next door.

It’s time to make your next film, Lara. Who are you? What do you want the film to say? My dad was about to retire and had plans to return to his birthplace, a rural village in eastern Turkey, after being away in Australia for 40 years. I don’t think I really knew who or what the Alevi were until around this time, I was 27. The village of Yahşiler is a small Alevi community living, once hiding in the mountains of Anatolia.

Alevis constitute the largest religious minority in Turkey. The Ottoman Empire, Turkish Republic and other authorities have oppressed, discriminated and massacred Alevis for centuries, forcing them into denial of their identity and cloaking themselves with Islamic veil to avoid persecution. Core Alevi beliefs are rooted in humanism, they follow no religious doctrine and see the divine as residing in the heart of all human beings. The most important Alevi ritual is the Cem, where they perform a spiritual dance called the Semah. Its twirling movement symbolises the flight of a Crane, that flies upwards towards truth and love.

I had never investigated my own Alevi ancestry or beliefs until it came to writing this film. It was unconscious, I was called to tell the story. 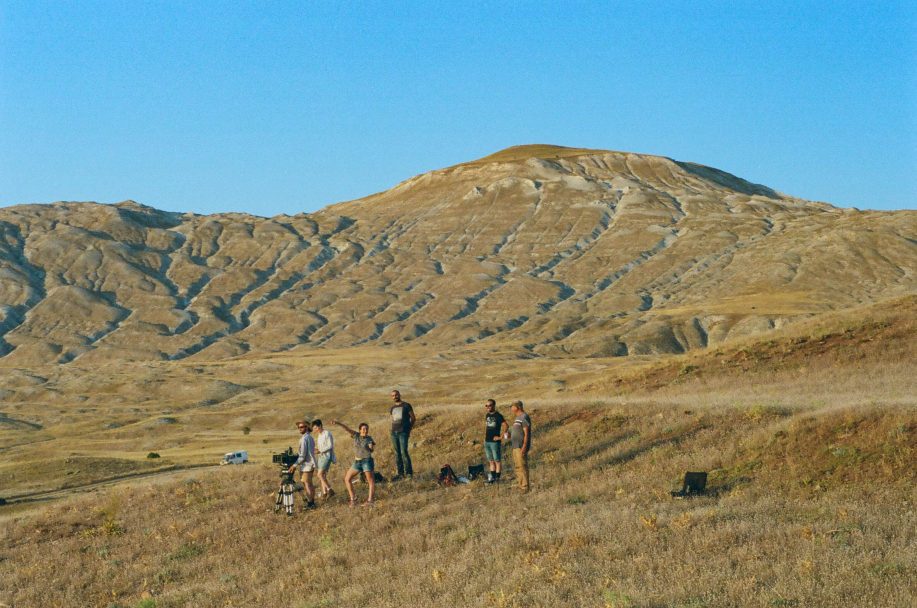 Location was extremely important for the film. It is the film. It’s more than a story about a young girl discovering her own faith and sense of belonging, but a story of this region of Turkey, Erzincan, and the Alevi spirit among its mountains and streams. My ancestors.

My dad tells me the classic stories: “We used to walk to school through the snowy mountains. We had no wood fire to burn so mum would burn the animals’ poo”. They were hungry, they were happy. I don’t believe the village has changed much today. Sure, there are less people living there and they have electricity now, but the community returns every holiday season and we cook, we drink, we sing, we dance and celebrate our faith and families.

It’s a strong foundation that the rest of the film was built on. The Cemevi (place of worship) in the film is our community Cemevi. The orphanage dorm is our village school and the river is where my father used to swim as a child.

The rocky summer mountains gave our film its texture and colour. They helped form the beautiful composition by our cinematographer. The sunsets lended a beautiful mauve, heightened and refined by our magical colourist. The gravel, rust and crickets became a part of our sound designers’ soundscape. Most of all its wonder is what inspired the wonder within our main character and her story.

Scorpions and wasps were a slight problem, but only one person was stung! (Our DP!) 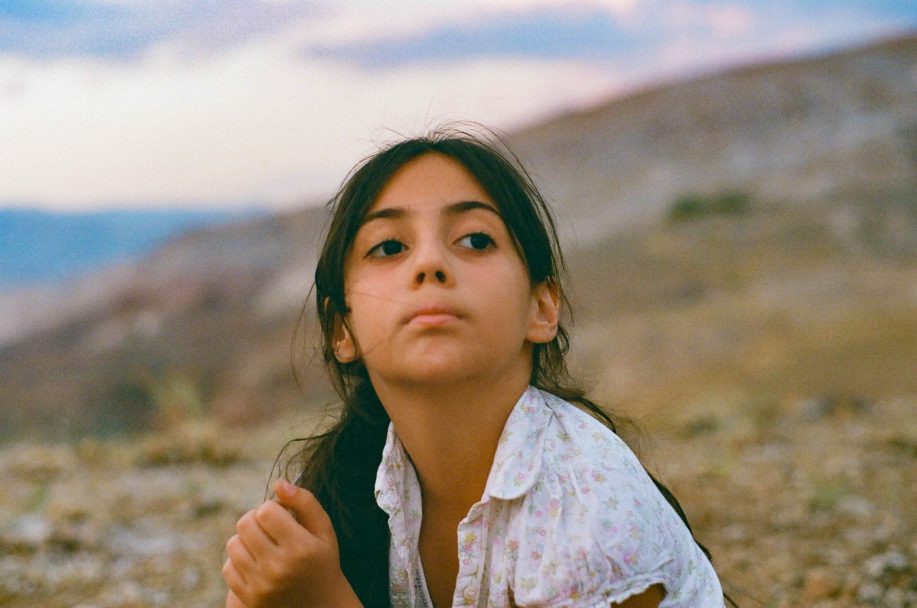 The entire cast of the film are local community members. Even my dad is in it! And my hand gets a cameo. I initially thought we would put out a casting call and audition people in Istanbul and Erzincan, but we were filming during a national holiday and we were lucky to even find a camera during that time!

I didn’t have the resources to organise auditions, especially because I was making a film in a country that I didn’t live in! I realised I had to cast entirely from the village. There were heaps of kids there for the holiday, cool, easy! They were so keen to be in the film, they got to play and show off in front of a camera, of course. There were minimal adult roles, and they were played by my cousin and aunties. The scene where Kaya sees what the Alevi do in secret for the first time is called a Cem. It’s traditionally held every Friday night in secret because the Alevi are persecuted. They even have a ceremonial “protector”, who holds a tall wooden staff, whose job it is to keep the congregation/community quiet and avoid being discovered.

For that scene when I arrived on set, I was stunned to see how many people from the community showed up. We technically have two villages: one at the bottom of the mountains by the river where animals graze, and the one on the mountaintops where we spend the summers to keep cool. Our Cemevi is at “top village”, so all these community members made the effort to ascend this great mountain to be in our film, I was overwhelmed.

Our community leaders were all there, our spiritual leader and even our mayor. Finding Kaya was difficult, and Kayra was cast just days before filming. Her mum sent me audition videos over Whatsapp and I wasn’t sure she was right for the role but we didn’t have any other choice! I didn’t feel any of the other children were right so everything rested on little Kayra. I met her the day before we started filming and omg. She was PERFECT! It all worked out. Her fragility, yet unwavering inner trust of herself gave the character just what it needed. 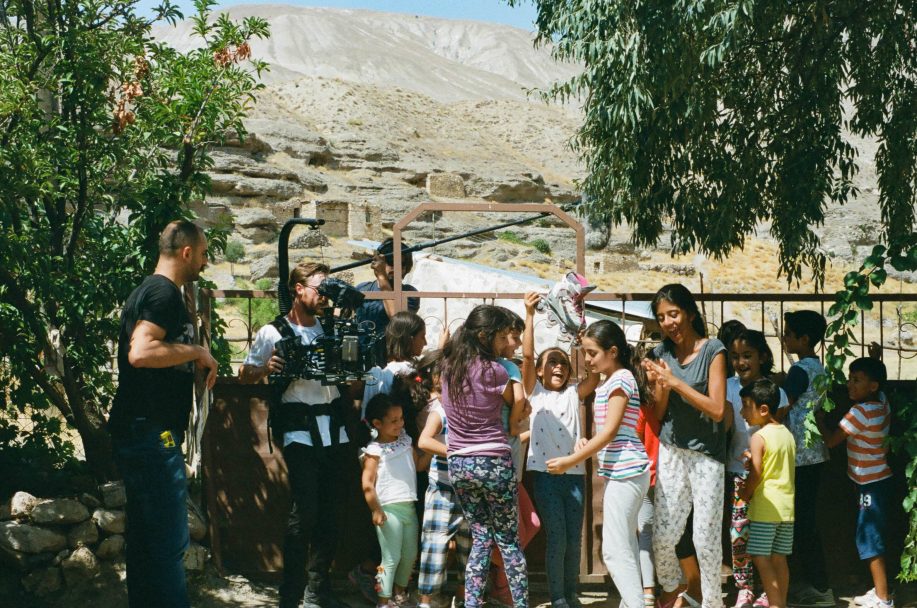 We had a few bullies on our set. One particularly awful person complained to my aunty, who volunteered to cook for the entire crew, that there wasn’t enough salt in the food. I had to swallow rage daily to not piss off these awful few who we would be lost without, as an Aussie production shooting so remote in a foreign country on a national holiday. The soundie verbally abused me during takes, smoked all the time and refused to record atmos. Most of these people asked not to be credited and I’ll be glad to never work with them again.

The experience did make me ask myself what I might have done wrong or could have done better in the situation, and while some people are just shit I definitely made some self-improvements.

My anchors during filming were my producer Steph Westwood, cinematographer Josh Farmelo, 1st AC Brett Checkelsky, and 2nd AD Erengül Öztürk. The film is possible because of them. I owe a huge gratitude to my aunty Songül who helped me with everything. The making of this film was asking one favour after another, and it helped having my dad and aunty with me, who knew the community since they were kids. “I’m Süleyman’s daughter!” she would say to the elders.

They helped when we needed to form trust with the children’s families and explain what they would be doing in the film, they were there when we had to ask for bedding from every village house to create the set of the orphanage dorm, when we had to formally ask our spiritual leader the permission to film in our sacred Cemevi and for him to please be present, when we had to organise numerous car trips back and forth via dangerous mountain cliff dirt roads to pick up better snacks for the crew because someone thought our cook wasn’t good enough. It was exhausting, but fuck it was so much fun! 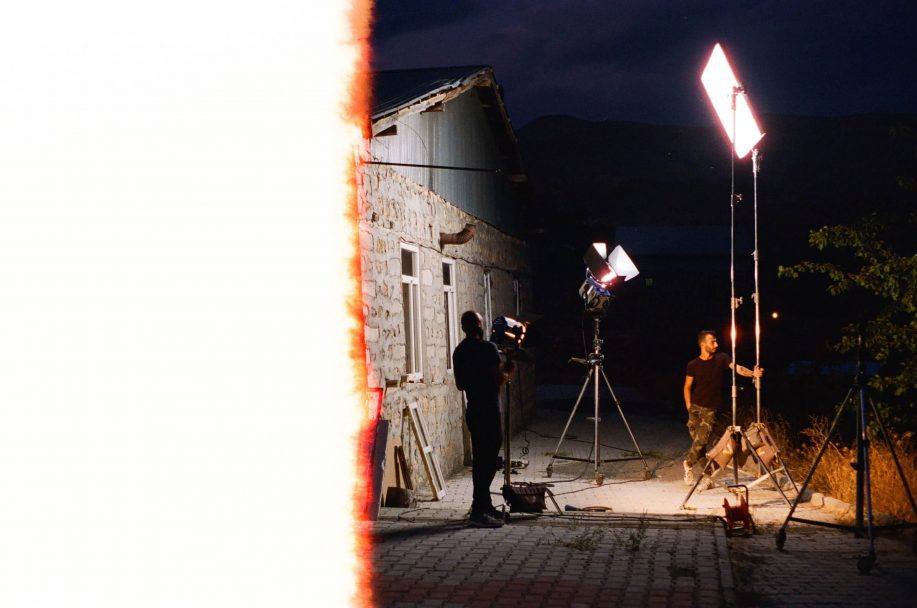 “We favored a naturalistic approach to the cinematography on Kaya. We wanted the cinematography to feel raw and intimate and to convey the vulnerability of the lead character. The low budget and remote location also meant that our resources were pretty limited and dictated a more restrained shooting approach. We utilised lots of handheld work, shooting under mostly available light or using smaller lighting units. We shot on the Arri Alexa, with Zeiss Super Speed lenses.” – Josh Farmelo, Director of Photography

All the rental houses in Turkey were out of the vintage Kowa Anamorphic lenses we wanted. We were so frustrated! We looked into hiring them from other parts of Europe and even from home in Australia but nothing was financially feasible. In the end, it didn’t matter. Josh totally nailed giving the film its unique look and feel. I think the images are so beautiful. Gear is important, it empowers your vision, but your intention behind an image is so much more valuable. Josh really understood the story and my intention with it. 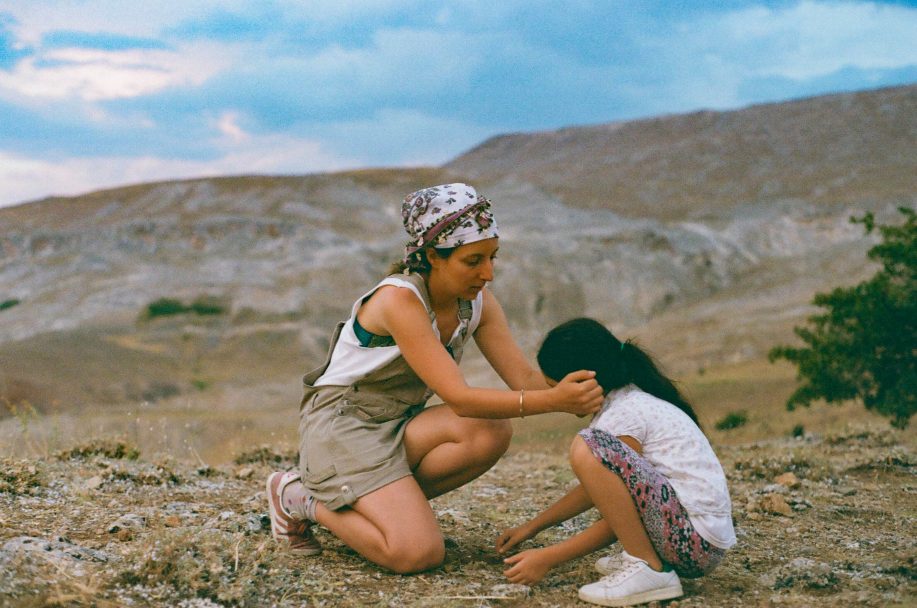 The experience of making “Kaya” has been a pilgrimage; A journey to my father’s birthplace and the source of my own Alevi ancestry. This film is rooted in “identity”, and I wanted the story to intimately follow Kaya’s personal perspective. Everything was to reflect her emotional journey and to immerse the audience in her headspace.

There’s a delicateness to the film that came from my navigating being in this sacred land and community for the first time. It slowly and cautiously enters this world of wonder and Alevi mysticism. Kaya’s journey reflects my own in her cautious yet determined path towards inner truth.

Authenticity was crucial and it was so special to be able to make this film with real locations, real children from the community and our real traditions, customs and beliefs. It’s an ethnographic work of cultural conservation, blending narrative fiction with truth.

An occasional email featuring hand-picked videos. Sometimes we will share special announcements, projects, screenings and other site news. Sign up below: