Trapped in a nomadic world that makes less and less sense, Eliška yearns for a more safe and stable life for her and her little brother Aleš. ‘Drifters’ premiered on Directors Library on the 4th of May 2020.

You can’t choose your family, nor the context that comes with them. The world in which a person exists often defines their reality. And sometimes it’s hard to know when or how to change that.

Drifters portrays a community of traveling carnival operators who embody one of the last truly free nomadic lifestyles. And they seem to exist out of time. They have no institutional ties — only family ones. And family cohesion is the cornerstone of the clan. The film revolves around Eliška, the eldest daughter of the funfair patriarch, and her life in lunapark limbo. 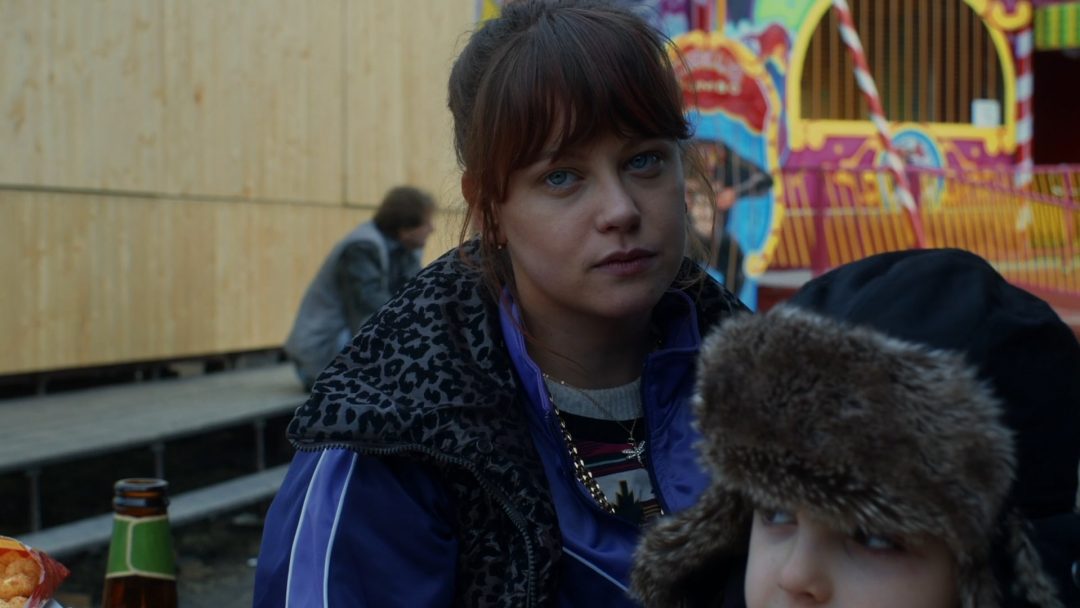 Eliška, as a character, embodies all of the attributes of her community in the purest form. She is permanently in motion, always moving and never dwelling in one place long. But although her lifestyle seems ‘free’, we find that Eliška is well aware of the loop she is stuck in.

Drifters exhibits the last vestige of a certain species of Czechs whose community is now too small to survive on its own. This film is about family, purpose and taking control of one’s future.

This story came to life through my direct contact with the lunapark communities. All through the Czech Republic, there are seasons in which these traveling families organise and put on funfairs. They range in sizes, from the very small ones with only a few rides to huge on-season fairs that occupy the majority of the capitol’s biggest outdoor event spaces. But the most striking thing about the fairs wasn’t the attractions themselves, but the people who operate them.

Usually, between the rides, there would be a large, often unnoticed corral of travel trailers. And it was when I first discovered this congregation of trailers did I fully realize that the employees lived on-site. I remember seeing a girl, not much younger than me, half-texting, half-watching television inside a trailer. She was surrounded on all sides by giant, plastic-wrapped, stuffed animal prizes. An older woman came quickly into the trailer to grab a huge stuffed dog, which looked like she dug out from under this girl’s bed. As a foreigner, this struck my curiosity and I began to research the history, families, and lifestyles that constitute this community. 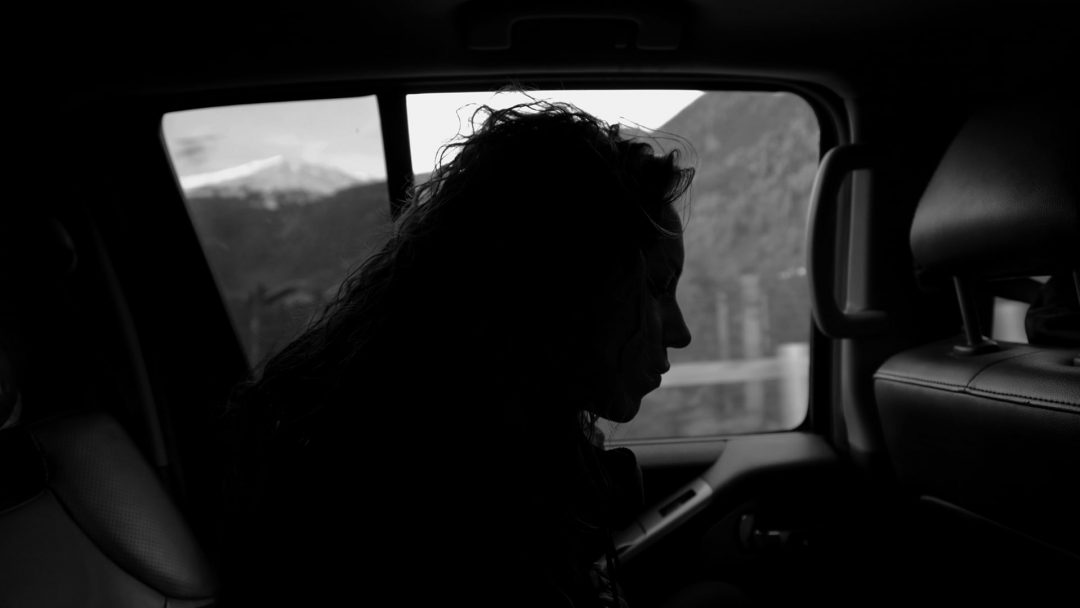 The impetus for the core story came mostly from my experiences prior to moving to Prague. Before moving, I found myself in my own series of loops. I drew specifically from that personal fear of getting stuck to ground Eliška’s character. And though she and I originate from quite different worlds, the core fear of being constrained by your environment and mindset is the same for both of us.

Jenovéfa [1] and I had had a chance meeting on another small shoot for a local fashion label. And as soon as I sensed her energy, I knew she would be a great fit for the role. She is quite a powerhouse actor in the Czech film industry, so I worried she may be out of my reach. But to my surprise, she was absolutely approachable and, after reading an early draft of the script, was eager to jump on to the project.

I also managed to pull together a stellar creative team that really put in overtime to make sure that the environment was authentic. Production designer, Iveta Kyjaková, and her assistant, Jaroslav Červený, did a lot of research and helps us develop some really strong atmospheres. Our sound designer, Lukáš Ujčik at Sleepwalker, helped us to push the geography of the spaces in the soundscape. Our makeup artist, Aneta Ložková, and costume artist, Jennifer Bailey, also added small, authentic details to each character’s look. The whole team dug into the minutiae of the world, and all those combined efforts produced the atmosphere you see in the film.

Drifters was my first collaboration with Jay. I think this project was especially challenging for her as a foreign director. She committed to making the film in the Czech language, which I considered a brave step. Together we agreed on a simple visual language of storytelling, which respected the script itself. Our chosen approach gave Jay ample space to focus on working with performance and arrange the scenes. 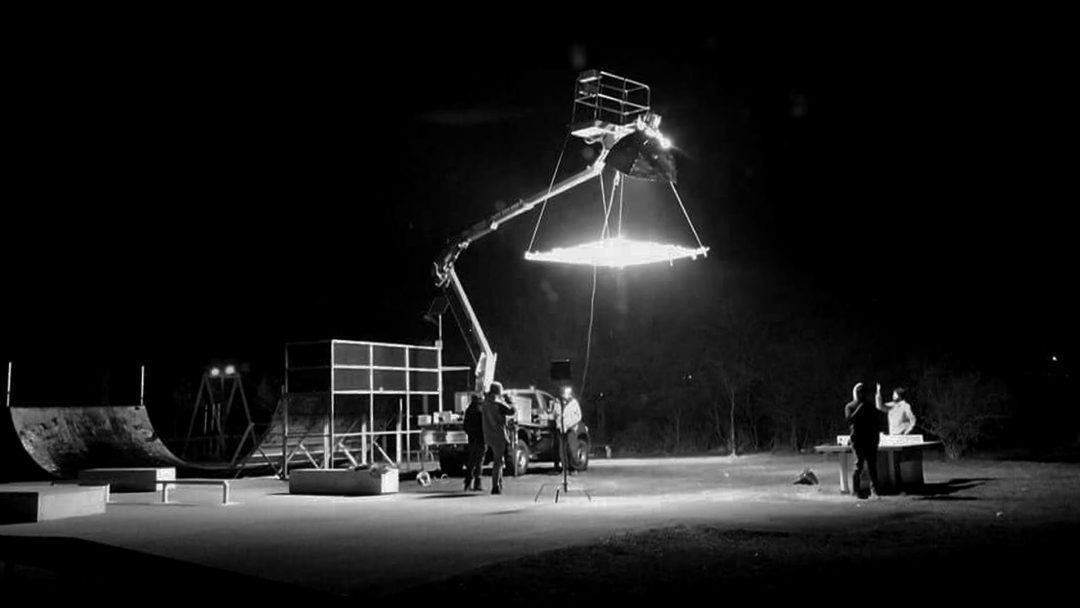 In regards to light, we tried to work with the available light as much as possible. We tried to harness a lot of natural light and the unique practicals around the fairground. To maintain the simplicity of the film’s atmosphere, we decided to use mostly static shots. This meant that we could amplify tensions in specific scenes by going handheld.

The key visual inspirations were found in films such as Fish Tank [2], American Honey [3] or Florida Project [4].

We shot on Arri Alexa XT with Zeiss High-Speed lenses.