As a young woman realises her sexual needs have grown beyond her relationship with her boyfriend, a chance encounter allows her to take control of her fantasies. 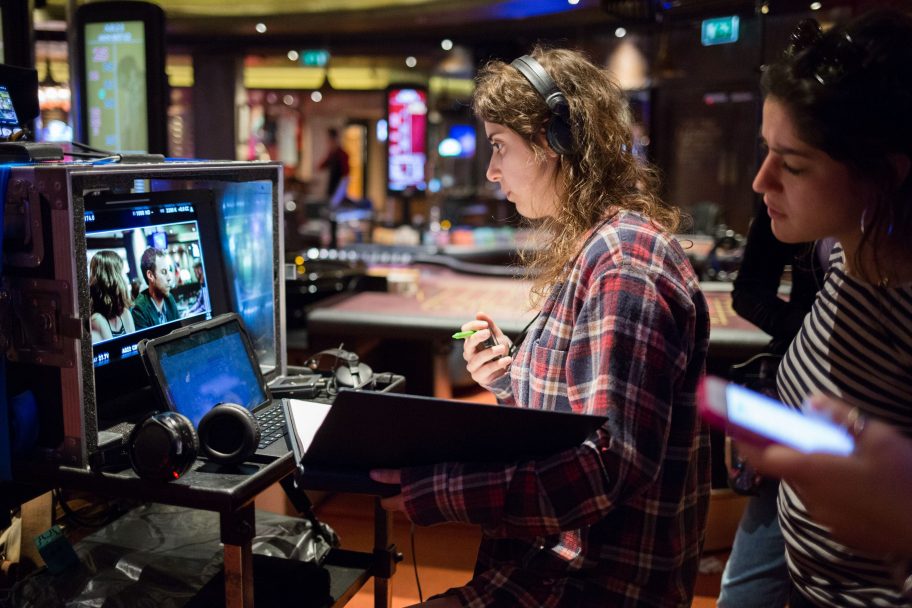 I wrote the screenplay inspired by my own experiences, conversations I’ve had over time with friends and trends I was noticing in film and literature. I wanted to make a film about sex and desire, unflinchingly from the perspective of a young woman; a sort of sexual coming of age; and centre her experience and needs as just as important and urgent as how male sexual desire is presented. We live in a patriarchal society, and whilst there is more conversation around women’s perspectives and experiences now, it seems that the overriding narrative is what turns men on, or how men see women, sometimes even, worryingly, when women have the narrative reins; we are so indoctrinated by this point of view we often espouse it ourselves.

I really wanted to explore a different presentation of female sexuality – especially in straight relationships – though I realise that covers quite a large surface area! I find that so often, in films, when young women start to explore their sexuality or desire, it is either really vanilla, or incredibly sexually violent, leading to the disturbing almost morality tale-like maxim ‘be careful what you wish for’. I felt that it was important to show a young woman growing restless in her relationship from a sexual standpoint, and her boyfriend’s fear or unwillingness to follow her burgeoning sexual experimentation. What follows, shows the complexity of desire and following through with those desires. However, ultimately she has sexual control over the situation. I wanted to show the possibility and importance of mutuality and respect, even in a casual sexual encounter, without making a judgment about it.

I wanted to explore a moment, a decision that whilst not necessarily momentous from the outside creates a new space for the character to explore as she begins to question what a relationship might be able to be like, what desire might be able to look like, and how she can begin to explore both as she has grown into herself, perhaps questioning what she might want to do differently for the first time.

The film was made with a dedicated cast and crew. We were super ambitious, shooting between London and Whitley Bay near Newcastle in various locations that didn’t give much room of error – either due to weather constraints or time constraints. Jessie Mangum, our fearless producer and Guen Murroni our production manager managed to pull it all together so that I had everything I wanted and needed directorially, despite the fact that it was made on a shoestring budget. My favourite moment was when we were shooting in the caves and the tide was coming in and we nearly lost all of our gear and I had to be piggybacked out by Alessandro Farrattini, our first AD. (Though I’m sure this wasn’t Jessie’s favourite bit!) 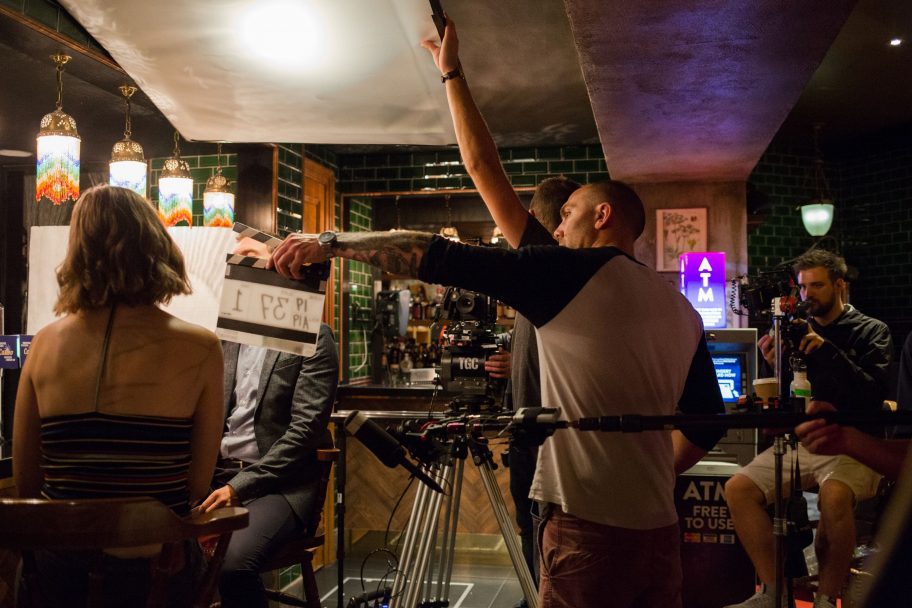 Callan Green [1], the Director of Photography and I went to visit the locations a month or so beforehand, and wandered around, photographing potential shots, talking about what we were trying to achieve. Working with Callan was such a welcome opportunity as he put so much of himself and his time and energy into the project. Originally we had wanted to shoot on film, but in the end we opted for digital because of the fact I was going back and forth in front of and behind the camera – it was going to give us a bit more leeway. We watched a lot of different films, sent references back and forth – ‘Two Lovers’ was a particularly present reference – and really worked on the visual style of the piece to be clear when we started shooting. The days were tight and what with me jumping in and out to watch playback, we knew we had to be clear with what we wanted beforehand, whilst leaving a little space for welcome (and unwelcome!) surprises. There was only one shot where I was able to stand behind the monitor. We were both so thrilled! But before long it was back to the multiple hats. 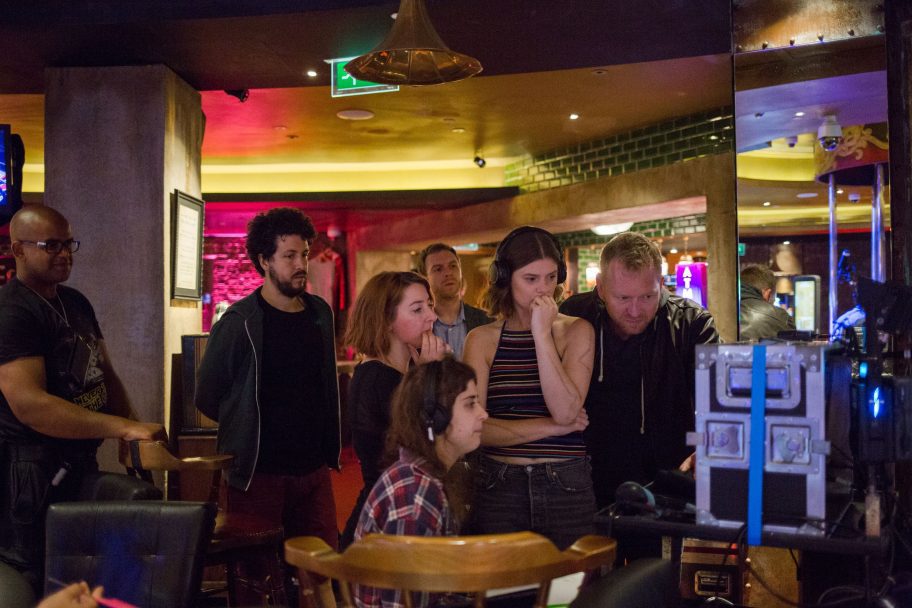 Because I was writing, directing and acting in it, rehearsals and planning were essential! I had worked with both Jack and David previously so I already had a good shorthand with them which was really helpful, especially due to the sexual nature of some of the content. They are also really generous and talented performers and I felt really lucky to work with them, and that they trusted me. I had acted and directed in the same projects before, but this was by far the most challenging one I have ever done. This was partly because of the content; I felt it was important for me to be able to go there rather than ask someone else to do it. I needed to make sure I was absolutely behind what I was doing and the story and message I was communicating, and for me it was important that I was willing to lend my voice and body to it too. I worked very closely with the producer Jessie, who along with all her other jobs, was integral to the development of the script, as well as being an extra pair of eyes whom I trusted on set to remind me of what we had discussed in rehearsal and what I could reach further for in my own performance.

I did most of the post-production in Canada as I’ve lived and worked there as well as the UK. Working with editor Maureen Grant [2] was such a welcome experience; we have worked on so many films together now, and her insight really helped me separate myself as performer and director to determine what would make most sense for the character of Sasha and the story more generally. I love the way she works, which feels more like sculpture than editing, as she chips away and the footage, creating a more and more complex structure that I think adds a delicate and subtle richness to the films she edits.

I also worked with composer Ben Fox [3] who has scored many of my projects now. Working with the same people has allowed a wonderful through-line in the work we are making together – we know what each other like, and we have developed our own ways to communicate. Ben and I send music back and forth, talk on the phone, give weird examples – (it has to sound like a sea monster!) – somehow we understand what we mean. I always find that with Ben we arrive at something surprising, new and not what we necessarily expected at the outset, which is so much fun! There’s a lot of space for exploration because we trust each other.

An occasional email featuring hand-picked videos. Sometimes we will share special announcements, projects, screenings and other site news. Sign up below: