This film premiered on Directors Library on the 28th of January 2020. 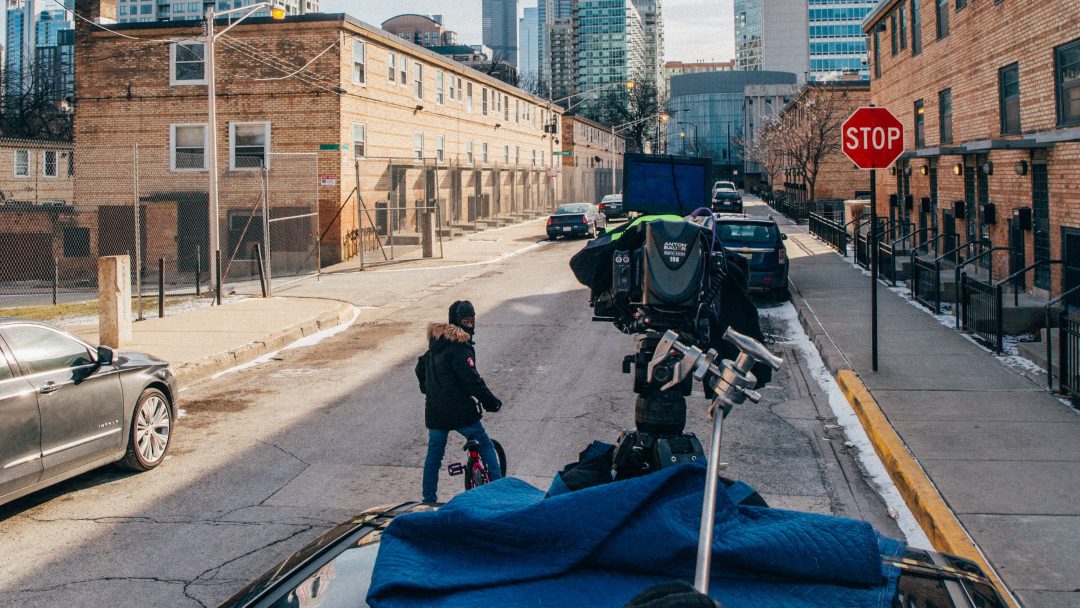 4 Corners is a minimalist short film examining gun violence in Chicago. It consists of 5 visual stanzas, each loosely based on gang killings committed around a 4-block radius in the East-Rogers Park neighborhood. The stories are presented without context, identification, or any discernible dialogue, giving each occurrence a cold and detached feeling at surface level. The acts of violence are carried out in a calm and casual fashion, moving from one story to the next without any explanation; reflecting how we as a society take the news of killings in stride, and continue on with our lives. A swipe on our phones, a channel change, a quick head shake and then back to our everyday existence. Much like the violence we see and hear about every day in Chicago, this film takes us through a sequence of murders that seem and feel pointless, hollow, and cold. A boy rides his bike down an alley and shoots a group of men working on a car; two men stroll briskly through a park until one of them is shot in the back. We watch as a one killing, the reasons for which remain unclear, sets in motion a ripple effect throughout the community.

The purpose of this film was not to pick one side or another. The purpose was simply to present the issue at face value and address the need for change, without patronizing or trivializing the causes of said violence. We are, as a collective, denying the social problems that exist in Chicago.

Chicago’s violence is so prevalent that it’s not even news anymore. Sure, we feel bad, but what do we do about it? We’ve become so numb that we treat each occurrence as just another news story, similar to the way we treat a viral dance video or trendy diet; we give it a second of our time and then move on. I wanted to treat the violent scenarios in 4 Corners in the same fashion in which we treat them in our everyday lives. Oftentimes in violent films, protagonists and antagonists are pitted against each other. This dichotomy can be problematic however, because in reality there are no protagonists and antagonists—only losers. In 4 Corners, I chose not to have protagonists or antagonists in order to portray the world as it really is. 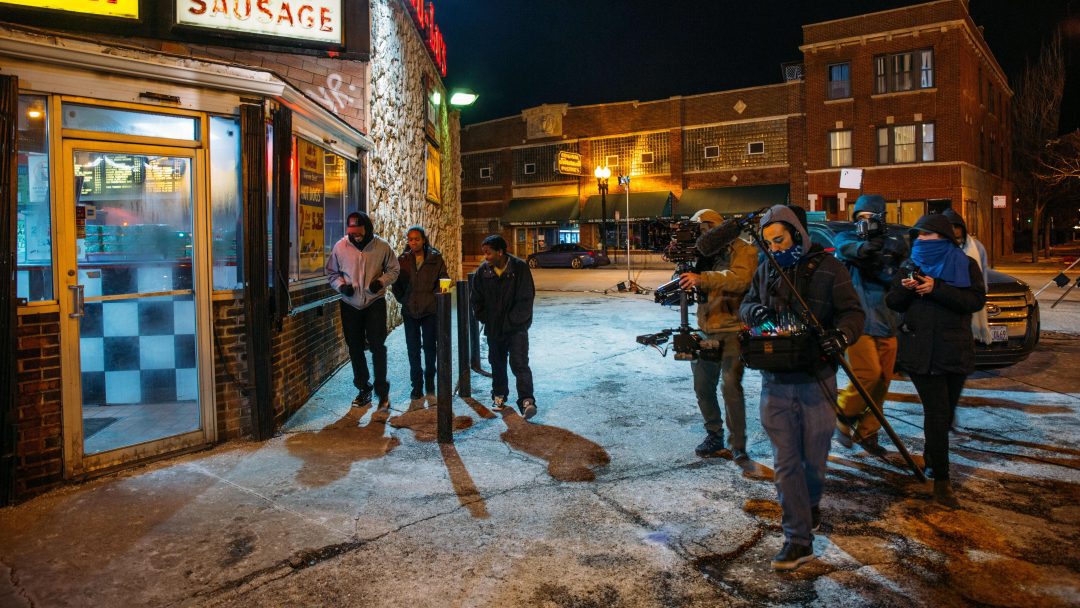 Our production team faced a lot of challenges for this project. Finding the money for the production was extremely tough, however we were able to scrape together the needed funds through personal investments, crowdsourcing, and family loans. The important subject matter also helped a great deal, as local Chicago production houses were willing to work with us pro-bono.

Nathan Rodgers [1] at The Colonie [2] was our editor and post-production supervisor. The score, original composition, and sound design were all created and handled by Adam Wiebe, Colin Sipos, and Beto Santoyo at Earhole Studios [3]. Mikey Pehanich, formerly of the Mill Chicago (now with Blacksmith [4]) was the colorist.

For casting, we chose to work with all non-actors. It was important that the film have a non-romantic, fly-on-the-wall feeling to it and we wanted that reflected in the casting. We really wanted the film to have a raw and authentic feel and felt the only way to achieve this sense of realism was to work with first-time actors.

Scheduling presented us with another problem. We knew we needed three shoot days and wanted to shoot as soon as possible.  The weekend we chose ended up being the coldest weekend of the year, and Chicago’s weather comically ended up only getting warmer.

This is the epitome of a passion project. The majority of our crew were friends who worked for indie rates or no rate at all, so having them out in the cold for 12 to 16 hours always felt terrible. However, they all truly believed in the concept and really made it clear they were willing to bear the storm. It was the best experience we would never want to go through again. 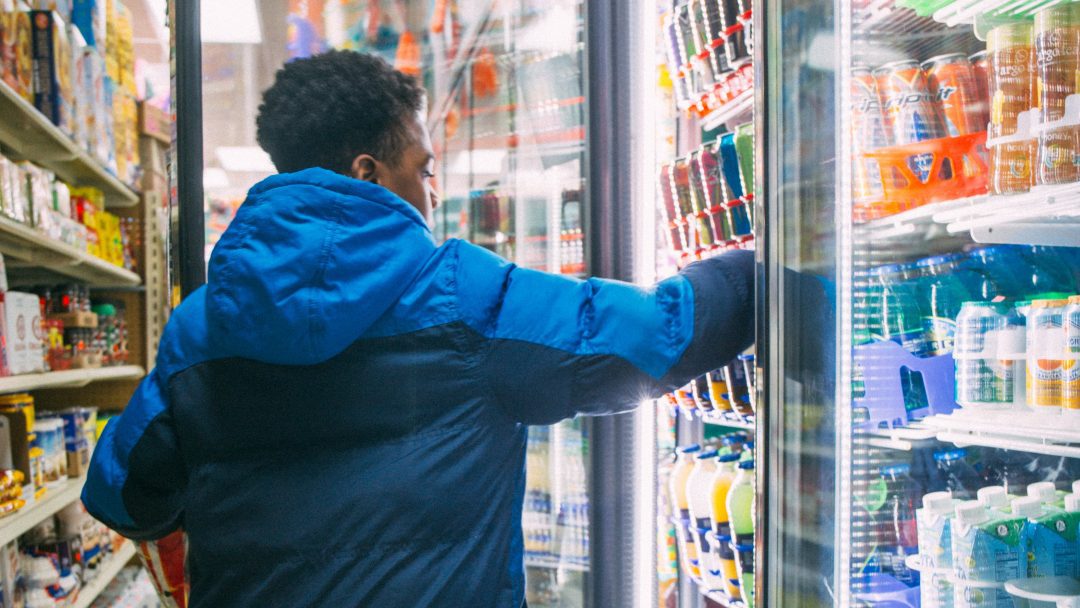 Each scene is meant to have a voyeuristic feel to it. Long tracking shots allow tension to build as we follow one character at a time as they try to live their everyday lives. My approach for this film was to be as matter-of-fact and deadpan with the action as possible. Though there was dialogue, I wanted the message to be conveyed visually.

With my fly-on-the-wall approach, I did break the fourth wall for one scene in which we see older members of the community staring directly into camera as we bounce from one character to the next capturing a sense of inevitability. This was one of the most important scenes for me because it dealt with the realities of my life growing up in Chicago. There’s a feeling of inescapability growing up in Chicago. I grew up in gang culture and you almost feel destined to the same outcomes your older peers have succumbed to. I wanted to capture that feeling on camera. This scene where we see the younger innocent generation and the older generation felt like a perfect place to break from my fly-on-the-wall narrative.

Another important scene was the final scene, where we see the janitor cleaning up after the opening shootout in the restaurant. We see a long sequence of the janitor mopping and scraping up the aftermath of the shooting, which was intentionally painful and drawn-out. Oftentimes in film, especially in those dealing with similar subject matter, we see a shootout, or an act of aggression takes place and then the scene ends. Typically, after one of those violent scenes, the film continues its storyline. We never see the aftermath or the remnants of what is left of the scene. In the news, we hear about gun violence and we may even see footage of mothers crying in the streets, but then the story is forgotten. It was really important for me to show the aftermath of gun violence in this film. When gun violence occurs in real life, there is no next scene; there is no next story; the people affected by it have to piece their lives back together and continue living with this grief. The scene with the janitor literally picking up the pieces left from the incident was my way of illustrating the long-lasting effects of gun violence that we are not typically exposed to in the media.

Throughout the film, the audience is exposed to repetitive acts of violence to the point of annoyance. If not for budgetary reasons, I would have wanted to add even more vignettes. I wanted to really draw out the tension and draw out the repetitiveness until my audience could no longer stomach it, to then ask the question “if you can’t stomach it on-screen why can you in real life?” 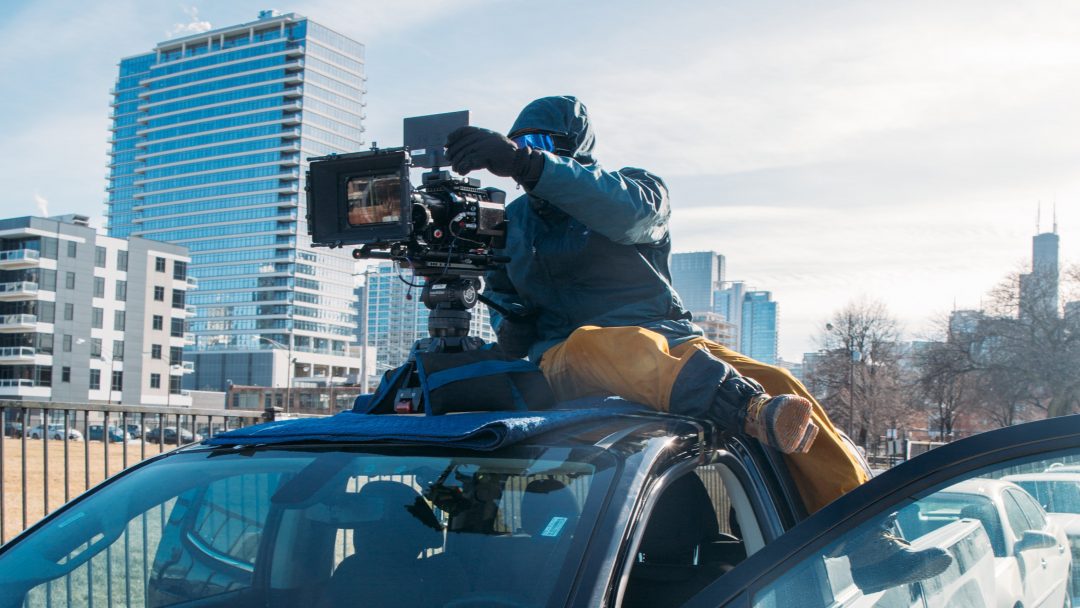 The cinematography was done by Nathan Salter [5], I have worked with him on a few projects and I really love the fact that he likes getting into “why” behind our imagery. We new the visual language was going to be extremely important if not the most important element of the project, especially with the less focus on dialogue.

We really wanted to put an emphasis on tension and with such serious and important subject matter, we really wanted the action to be experienced in what felt like real-time with the audience experiencing the nature of this violence and the helplessness with our characters. This lead to our decision to cover the majority of the film in long uninterrupted Steadicam shots that float through multiple points of view. We wanted it to feel like there was something around each corner and you always had to be on your toes without overly dramatizing the film.

Keeping the film cold and somewhat detached was always on our minds so we tried as much as possible to keep the camera at a distance or to use movement to drive the story forward. The way the media covers the subject matter, we wanted to play with that as well, always bouncing from subject to subject casually and matter-of-fact so we emulated that with our camera movement as well, outside of bouncing from vignette to vignette, we would bounce our focus from one subject to the next. Though we were constantly moving the camera, we didn’t want the cinematography to come off to loud or be a distraction to our viewers. 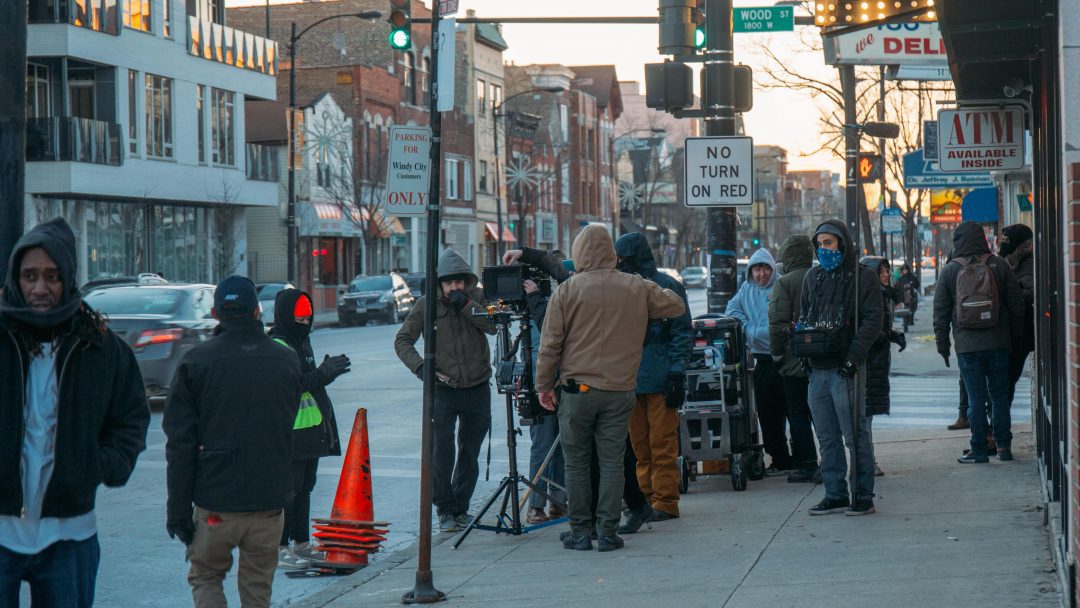 Coming into this film, we knew music was going to be one of the most important aspects. With the sparse dialogue, music is one of the biggest drivers of action throughout the film. We partnered with Colin Sipos of Earhole Studios [3] who composed the beautiful score. In our 3rd vignette, we see a young boy riding a bike. This scene is meant to have the same level of tension as a similar scene, Danny riding the bike through the hotel in The Shining. Every turn of the corner in the hotel you think there is something on the other side and it really does a good job of building that tension. I wanted to do the same thing with my young boy riding his bike through Chicago streets, at any time he could be affected by gun violence. Music was essential to establish the tension of this scene. We wanted the score to have a feeling of repetition, something similar to a jack in the box where it can pop up at any moment, but with a classical music approach.

For our playground scene, we wanted to create a score that could fluctuate between the childhood innocence of growing up in Chicago while also dealing with a looming feeling of darkness from a sense of inevitability of being affected by Chicago’s gun violence.

Beto Santoyo [7] worked on the sound design. Our goal was for it to not distract our audience but really add a nice build to each scene and add to the tension. With our cinematography, we leaned heavily on making use of off-screen dialogue, so the sound design was critical in this aspect as well.