For our twenty-seventh instalment, we got in touch with Allie Avital.

Our Essential series is an interview format we run with film and video directors. We ask directors to name key and influential works under the film, campaign and music video categories. The series aims to broaden horizons of reference and acknowledge works from the back catalogue.

Below are Allie’s picks and what she had to say:

I’m not a cinephile in the traditional sense but the directors I love I really love. I resisted the urge to put any Tarkovsky, though technically he is by far my favorite (I’m Russian and was raised watching his movies so don’t want to be predictable). I tried to stick with films that really caused me enough breathtaking discomfort and emotion, and that stayed with me indefinitely after.

A Russian coming-of-age film from the 80s that deals with bullying and treason. It’s a satire of Soviet society acted out by school kids. So haunting and brutal. Hard to find a version with subtitles but my fav site sovietmoviesonline has it.

Not easy to choose a favorite of Farhadi’s but this one I can watch over and over. I’m so inspired by how he gets such pure naturalism from his actors. And Golshifteh is stunning!

Lars is polarizing for a lot of people but I think this film has such a meaningful take on two very dynamic female characters, and his understanding of depression, anxiety, paranoia, and delusion is so poignant and, in my opinion, unmatched. A classic!

A perfect, heart-wrenching dive into female desire. Gives me the chills just thinking about it.

The first music video that made me want to make them myself was probably The Knife – Pass This On but then when an Ariana Grande/Troye Sivan video blatantly ripped it off recently it made me feel weird about posting the original here. Also Bad Romance was the first video that made me believe you can reference fine art in the pop space (in her case it was Matthew Barney), and I studied it over and over at the time (embarrassing but true). Below are some others that are more aligned with my work in one way or another:

Not technically a music video, but the way 2046 (Wong Kar-Wai) deals with images and music was one of my earliest influences – I spent the first few years trying to emulate that kind of dream state. I read somewhere that Wong Kar-Wai just told all the actors to move twice as slow as they normally would. So good.

I love succinct, singular ideas like this. I’m not a huge PTA fan generally but he nails his long take MVs, I’ll give him that!

I know it’s a classic and a million people have now tried to rip it off but the original is so good and a reminder that music videos can be whatever you want.

Like many directors, I try to bring film/photo/painting references to the ad space, so I didn’t really start watching commercials until recently. I’m always trying to find that balance of being informed, but also not getting too distracted or swayed by the zeitgeist, so that my own ideas and voice have space to breathe! Anyway, below are a few that shifted my view of advertising in some way.

I know it’s a classic but this is the first ad I saw that made me feel like it was an industry I could work in – that there’s space for the otherworldly, absurdity, humor, magic, etc.

I was lucky to have Ian really support me from early in my career, to this day, and it’s been inspiring to see his path from scrappy MV guy in Bolivia to ad master of the world. Hard to choose a fav of Ian’s because each is better than the next, but this one blew me away. It reminded me of a dream I had once where I saw all of humanity de-evolve into lions and tigers. So good.

I love how distinct and recognizable his commercial work is – if I saw any of these out in the world I would know immediately who made it. In an industry where it’s easy for creative to get watered down and for everything to look the same these days, it’s so refreshing to see someone with such a specific and unique visual language. 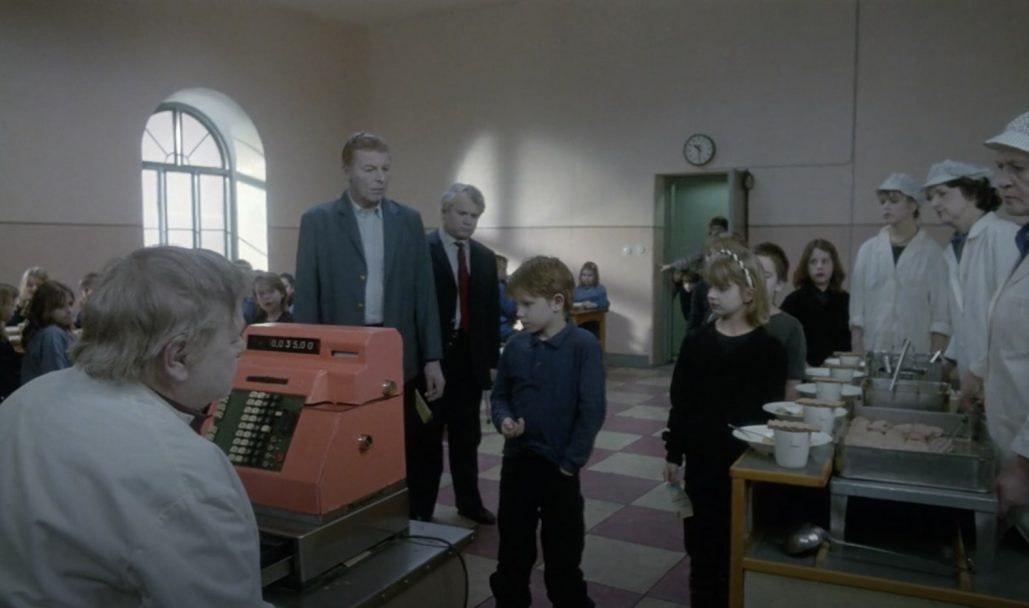